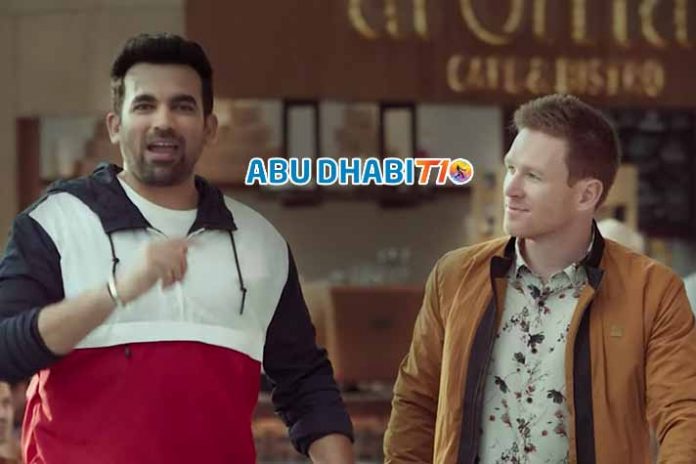 Sony Picture Sports Limited is aiming to generate over 250 million audiences for the upcoming Abu Dhabi T10 League from its 700-million strong subscriber base and yet another  300 million potential viewers on SonyLIV and Jio TV digital platforms.

The LIVE and exclusive broadcaster for the Abu Dhabi T10 League has released a global TV commercial, aiming at promoting the league extensively.

Abu Dhabi T10 global television advertising campaign (TVC) is kicked off to raise widespread interest and invite international visitors to the tournament being hosted in the emirate next month.

The TVC produced by Sony is shot at an international airport set-up where an impromptu cricket match breaks out between a young fan and the two cricketing icons. Upbeat music paces the action as Khan and Morgan take turns bowling, batting, leaping and fielding all over the airport lounge, much to the amusement of the airport guests. Only after hearing their departure notice do the two competitors interrupt their play to remember, “We’re headed to Abu Dhabi!”

The experience of filming a major campaign promo in a makeshift airport location over a single day was surprisingly “fun” and “enjoyable”, says Zaheer. “The script was a good one and the crew was very efficient and professional. I felt the message was to express the joy of cricket from the eyes of a fan. And I think that Abu Dhabi T10 was created with fans in mind, to give them action-packed cricket with top players in a top destination.”

Sony Pictures Sports Network Creative Head Naina Toor marveled at the ease of both sporting superstars in front of the camera outside the confines of the cricket stadium. She said, “Both Zaheer and Eoin were a pleasure to work with. It’s important for talent to be relaxed and natural so at least by putting them in a familiar position, having fun, playing cricket and interacting with the public, we tried to put them in the best possible light and I think we hit the right notes. Eoin, in particular, might want to explore a career on camera after cricket if he decides; he was so natural.”

Read More: T10 League moves the base to Abu Dhabi from Sharjah

The 60-second commercial was created in partnership with Sony Pictures Network – the official broadcast partner for the event and is expected to deliver the tournament to its largest audience to date. Last year’s T10 tournament was seen by over 100 million over television broadcast and online.

This year, Sony will carry each Abu Dhabi T10 match, including the Opening Ceremony Concert with top-tier Bollywood entertainment, in English on SONY SIX and in Hindi and regional languages on SONY TEN 3, opening up their subscriber base of around 700 million. In addition, cricket fans will be able to stream the tournament live over their mobile phones through either the SONY LIV or JioTV platforms. These online channels add an additional 300 million potential viewers, making 250 million viewers for the Abu Dhabi T10 a distinct possibility.