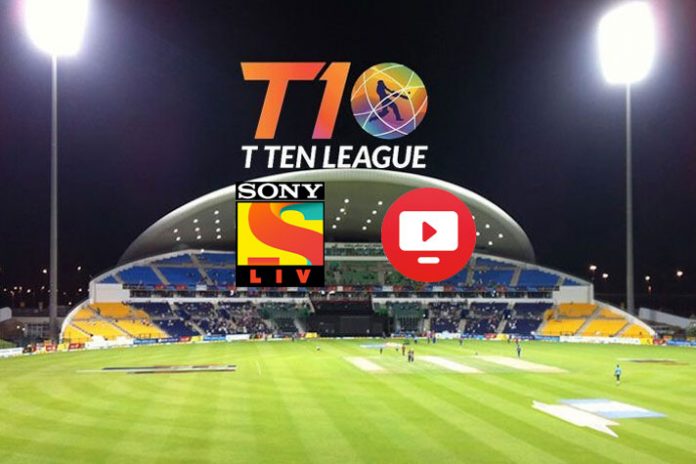 “This is an exciting piece of news that will help Indian fans to see the exciting Abu Dhabi T10 League matches from anywhere in India – while at home, at work or on the move,” said T10 Sports Management chairman Shaji Ul Mulk. “We are extremely excited to be able to take the Abu Dhabi T10 League to a wider audience – deep into Indian society and its cricket-crazy fans who will be able to watch their favourite stars take the game of cricket to a new level. India’s cricket fans will now have wider access to the live matches telecast from the Zayed Cricket Stadium in Abu Dhabi.”

Aref Al Awani, General Secretary of Abu Dhabi Sports Council, struck a note of pride in commenting on Abu Dhabi’s ever-increasing sporting reputation: “Although we have hosted numerous local and international cricket events in the past, our commitment to host the Abu Dhabi T10 for the next five years serves as a wonderful addition to our gold star portfolio of world-class destination sporting events. It builds upon and expands our profile for bringing together the top athletes in world sport and offering elite competition and unparalleled entertainment value. Also, importantly, the new partnership with JioTV helps us to leverage massive interest in our new event among the most important fan base in India.”

Further addressing the significance of hosting such a high-profile cricket event in the UAE, Saeed Al Saeed spoke on behalf of the Department of Culture and Tourism – Abu Dhabi: “Abu Dhabi and the UAE obviously share a special relationship with India and South Asian audiences. That’s why it makes perfect sense to host the Abu Dhabi T10 – to offer that unique excitement to fans and communities living here. And by the same token, bringing onboard a network giant like Jio lets us share some of our local sporting spirit, so Indian cricket fans will get to see that we are as passionate about the game as they are.”

Abu Dhabi Cricket CEO Matthew Boucher said, “With the cooperation of so many key partners the groundwork for putting on a truly unparalleled sporting spectacle for this year’s Abu Dhabi T10 is firmly in place. The fan base in India, which has been carefully crafted over the last two years, will now be a vital part of our success through the broadcast deal with Reliance and JioTV.”

Emirates Cricket Board General Secretary Mubasher Usmani added, “We are happy to see that the popularity of the UAE’s home-grown T10 League is now growing fast and expanding deeper into all the societies of the cricket-playing countries. The deal with Jio will not only help take the tournament far and wide but also raise the appeal of the ten-over format cricket and take it to the next level.”

The deal with SonyLIV gives JioTV rights to broadcast all the 29 matches LIVE thereby making the action accessible to the 330+ million Jio subscribers. It also offers greater visibility for advertisers and stakeholders to a larger audience in India – the world’s largest cricketing nation. JioTV in the past has consistently presented unique digital experiences of popular sporting events including the Winter Olympics, India’s leading T20 leagues, Mzansi Super League, tri-nation Nidahas Trophy, English Football League, Carabao Cup finals among others.