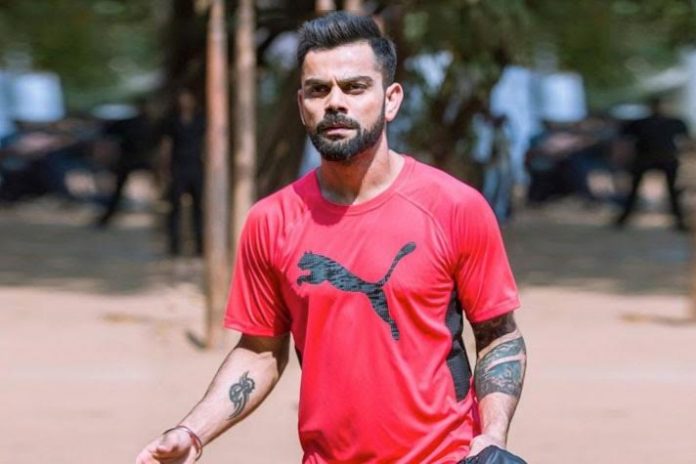 Puma has emerged as the sportswear market leader in India, relegating its German rival adidas to the second position in annual retail sales for 2018 fiscal.

The brand, endorsed by Virat Kohli, has grossed ₹ 1,157 crores during the January-December 2018 fiscal. adidas has netted ₹ 1,132 crores from its annual sales. Puma has not just edged past adidas in annual sales, it also leads the Indian sportswear retail market in growth rate.

Puma during the period has grown at 20% from ₹ 958 crore to ₹ 1,157 crores, whereas adidas’ growth rate has been a mere 12% as the sales reached ₹1,132 crore as against ₹ 1,100 crores during the corresponding period in the previous year.

Puma has made significant gains from its brand association with Kohli. The impact can be gauged from the fact that brand One8, jointly launched by Puma with Kohli, has aggregated over ₹ 100 crores during its first year in the market. The company had signed India’s leading brand icon for eight years in a record ₹110 crores in February last year. The deal is unique in the sense that no other single brand in India has committed ₹ 100 crores to one player or celebrity.

The company has reportedly target India to among its top five markets across the world by 2020.

“The 2018 has been a great year for us. Globally there is huge momentum in the brand. We are making strong progress in both Sports Performance and Sport Style categories,” national daily Time of India has quoted Puma India MD Abhishek Ganguly as saying.

“Women’s segment is a key element of our strategy. There are paradigm shifts happening in the India women’s lifestyle, evolving their buying behavior. We have also tripled our sales through puma.com in this year,” he added.

Besides Kohli, Puma’s women’s category is endorsed by ace boxer MC Mary Kom. The 35-year-old Manipur athlete has tied up with the German brand earlier this week.

While adidas has been in synch with the projected market growth rate, Puma has been performing better than the average performance of the segment.