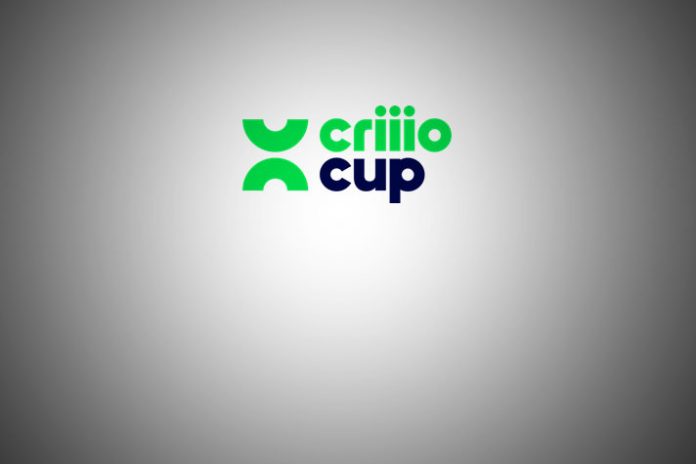 CRIIIO Cup will be hosted at London’s Trafalgar Square ahead of the ICC World Cup final at the Lord’s on July 14. The Criiio Cup is launched to celebrate and showcase cricket in communities around the world

Teams from Brazil, Rwanda, Germany, England, Indonesia and India will showcase the power and impact of social cricket in the central London fan park, two days ahead of the ICC Men’s Cricket World Cup Final at Lord’s Cricket Ground.

Criiio, which is a celebration of all things bat and ball, and brings together the 460 million people playing cricket globally, was launched on the eve of the ICC Men’s Cricket World Cup. Teams for the criiio cup have been selected from around the world based on the impact cricket has had on their communities.

The competing teams hail from a wide variety of community and social cricket initiatives including women’s empowerment and engagement programs, refugee integration initiatives and semi-professional tennis-ball leagues. While competing for the title of criiio cup champions, the teams will showcase the adaptability of cricket and the different ways it is enjoyed by millions around the world, ICC has stated in a Press release.

Over the next month ICC will introduce the six teams to the world through a series of feature videos. Before that, each team shares their thoughts on today’s exciting announcement.

The International Cricket Council has announced details of the inaugural criiio cup, where six social cricket teams from all corners of the world will come together in London’s Trafalgar Square on 12 July ahead of the Men’s Cricket World Cup Final for a once in a lifetime opportunity to celebrate the diversity in which cricket is enjoyed in communities around the world.

Delphine Mukarurangwa who is part of the team that hails from Kigali, Rwanda, first saw cricket being played at a sports facility on her way home from high school and explains her favorite thing about cricket. “The beauty of cricket is that it knows no boundaries. You can play sport anywhere, anytime. It’s also a great opportunity to share your experiences with the world and to also learn from the rest,” he says.

Kailash Patel who is living in Leicester and will represent the England criiio team said: “I was at an all-time low in my life going through constant challenges and barriers on a daily basis. I felt as if I never belonged to anything. But through community health programmes and champions I found out about cricket sessions for women – that was a true turning point. It just gives me joy to come out and meet other women like me and I really enjoy getting wickets”.

From the Germany team, Verena Stolle from Hamburg cannot wait to play in the criiio cup. “It’s an awesome feeling to play in London and especially at Trafalgar Square. To play cricket in front of the National Gallery is just unbelievable. When I play cricket I just feel good. Most of the time you play outside and with friends who love this game too. It’s fun and its good exercise,” says Stolle.

Arkha Tri Maryanto from Central Java, Indonesian said “I am speechless to play in the criiio cup, it’s an unexpected dream. I am very thankful to be given the opportunity to play in criiio cup and to introduce my culture and Indonesian tradition to the world and show how we Indonesians play cricket.”

Brazilian player Luis Felipe Pinheiro Gonçalves, whose team come from Poços de Caldas, started playing cricket six years ago when Cricket Brazil delivered a cricket presentation ahead of it cementing its place on the PE curriculum. “The idea of criiio is a great one as it moves the concept of traditional cricket to a new idea of playing anywhere, anytime. This makes a difference in developing countries like Brazil who don’t have traditional facilities easily at hand. Being part of a global community is great to realize that the sport is massive worldwide.”

Arkha Tri Maryanto from Central Java, Indonesia was introduced to cricket when she was in senior high school in Solo, through the Ultra-Milk Program which is a social cricket initiative throughout Indonesia. “I enjoy playing cricket. When I’m in a bad mood, cricket taught me to think clearly and make a decision, action, and attitude. Cricket to me for the last 12 years is a part of me. A lot of tradition and cricket ethics I take and apply it in my life.

“I am speechless to play in the criiio cup, it’s an unexpected dream. I am very thankful to be given the opportunity to play in criiio cup and to introduce my culture and Indonesian tradition to the world and show how we Indonesians play cricket.”

Sham Wagle is from Mumbai and a representative from the India team at Trafalgar Square said: “Cricket is a game which allows one to perform individually and as a team. What makes this format of the game special is it requires a small amount of equipment; all you need is a bat, a ball and a group of friends. It is a game that cuts across boundaries of age and gender. Whether playing in the street outside our home or playing on a community ground, it is the greatest way to make memories and build new friendships. To travel abroad was a long awaited dream of mine. I have heard London is one of the most beautiful cities in the world. I am very excited about this trip.”

To join the criiio tribe fans are asked to ‘share their criiio’ using the newly launched #criiio. Fans can share pictures and videos of where and how they play cricket across the world using #criiio and visiting criiio.com This builds on the success of the recent user-generated social media initiative #WorldWideWickets and is the first of a series of programs that will be launched by the ICC over the next 12 months to connect and grow the hundreds of millions of cricketers around the world.