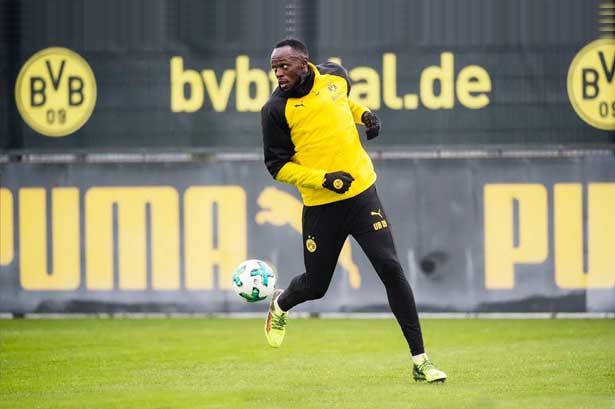 For Usain Bolt a step on the track will be worth lakhs of dollars. A superstar athlete. An icon who commands more brand value than most of sporting heroes. Whose professional fee for a single promotional appearance may run up to ₹ 2.75-3 crore ($400,000). The man, dreaming to make it big as a professional footballer following his unparalleled career on the track, has signed with Australian Central Coast Mariners.

Usain Bolt will start his stint with Central Coast Mariners on Saturday, August 18, to pursue his goals to excel as a professional football star. The club has agreed to an indefinite training stint to the fastest man on planet earth – the eight time Olympic champion runner.

So, what is the deal in what has to be a big deal for the man who to his credit has multi-million deals with the brands like Visa International, Gatorade, Hubolt, Virgin Media, All Nippon and mobile game Temple Run.

Bolt, the $60 million sports icon, will be reaching Gosford, 75 kilometres from Sydney, this weekend. What does the club pay to have this “Golden Jackpot” in its colours?

What does the man needs to travel whose personal luxury vehicles fleet includes a Red Ferrari F430, a Ferrari Convertible, a BMW M3,  among numerous luxurious beauties. Such icons don’t come without a long list of demands.

However, that is not the case with the sprint icon who enters the club like a trainee – to hone his skills to be a pro. “We’ve had no requests for private bodyguards, personal masseurs, chauffeurs. Nothing about providing bottled water from France, either,” Mariners chief executive Shaun Mielekamp told the Sydney Daily Telegraph.

All the star sprinters needs from his Australian club is Hyundai car for his local travel. Black is the colur of his choice.

There is no entourage. No big coasts. Professional sports clubs do not get such lucrative deals every day!

However, in spite of Usain Bolt’s low profile presence, the club will have to make some extra arrangements in terms of security – not just for Bolt but also to control fans who are likely to turn up in big numbers for trainings sessions.

Bolt dominated sprinting since taking double individual gold at the Beijing Olympics in 2008. He went on to win a further six Olympic golds and pick up 11 world titles.

The epochal sprinter, Bolt is an impressive athlete on just on the football field but on a golf course and a cricket field too.