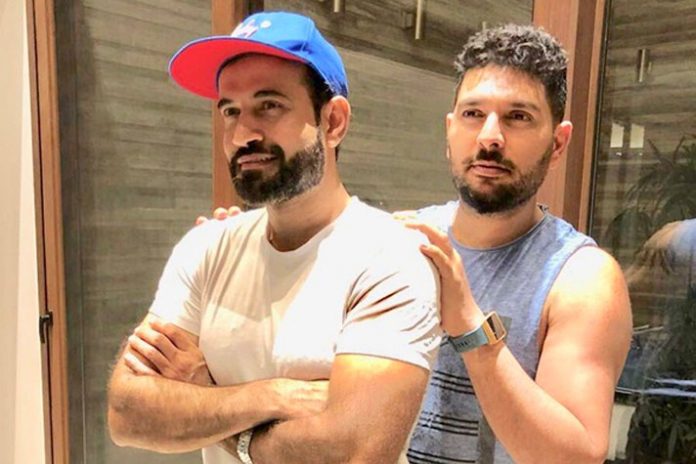 Hero of India’s ICC World Cup 2011 and ICC Word T20 2007 title triumphs Yuvraj Singh is contemplating retirement for assuring a Board of Control for Cricket in India nod to play in professional T20 leagues. Irfan Pathan may be compelled to quit first class cricket to honour his consent to be part of the Caribbean T20 League player draft. The Vadodara all-rounder is already told to withdraw the CPL registration.

The two veterans do not hide their keenness to play as professionals in overseas T20 league, but the ball lies in the court of Board of Control for Cricket in India which so far has maintained a “strict no” policy for Indian players’ participation in T20 professional leagues run by other national cricket boards.

A change in stance might have wider repercussions. It might just lead to retirement of veterans who have lived their prime for Team India jersey, but continue to hang around in domestic first class cricket for their respective States in order to mark their presence for finding favour with the Indian Premier League franchisees.

Zaheer Khan and Virender Sehwag’s participation in T10 Dubai League might be an exception, but that format is not yet recognised.

A veteran, out of favour from team India but fully active in the IPL, on condition of anonymity told insidesport.co that he would prefer to play on the “professional T20 circuit rather than blocking the place of an upcoming youngster in domestic first class cricket” if BCCI announced a policy or sets a precedence to release retired Indian cricketers for (other national) T20 leagues.

“I am not the only one. There are a number of players who will happily follow the tradition set by the likes of Adam Gilchrist and AB de Villiers. There is nothing wrong in that,” said the player. “The Indian cricket board is the most benevolent international cricket body in terms of supporting its cricketers even after they stop playing cricket. The kind of benefits players get from the BCCI, I don’t see any player can even think of breaching the (board) policies. But all players look forward to a liberal stand for retired players.”

The BCCI has maintained a strict policy about the professional T20 leagues. Not just the Indian players are denied permission for national leagues run by other national cricket boards, Indian domestic and first class players representation in the State-level T20 leagues run by various affiliated State associations of the BCCI are limited to the players registered with the respective States.

Meanwhile, a former BCCI official denies the possibilities of a liberal stand by the board. “You see, every league wants Indian players. Indian fans and then sponsors will follow the Indian cricket stars. But, we from the beginning have decided to maintain that exclusivity for the IPL. That makes the IPL so big,” says the veteran cricket administrator.

“Why change a policy that is working in the best interest of Indian cricket and IPL. I can tell you there are so many senior cricketers who will not mind an early retirement to play as professionals the world over. We have seen the best from other countries doing that for the lure of big IPL contracts.”

The Punjab left-hander would make a final decision only if he gets permission from the BCCI. It has been learnt that Yuvraj has come to terms with the fact that he is unlikely to play for India.

“Yuvraj is thinking of calling it quits from international and first class cricket. He would like to speak to the BCCI and get more clarity on plying his trade in tournaments like GT20 (Canada), Euro T20 Slam in Ireland and Holland as he has offers,” a BCCI source privy to the development had told PTI on Sunday.

Irfan, who put his name in the draft for the CPL, has been asked to withdraw his registration as he is still an active first class player and has not sought the board permission before registration.

“Irfan was told to withdraw his name from the draft. As far as Yuvraj is concerned, we need to check the rules. Even if he retires from first class cricket, he will still be an active T20 player registered under BCCI. The rule needs to be checked,” a senior BCCI functionary said.

The leagues like one in Canada and the new venture in Dublin and Amstelveen can gain a lot of mileage if Yuvraj plays in the league. There is a school of thought that if Zaheer Khan and Virender Sehwag can be a part of a T10 venture in Dubai then why can’t Yuvraj be allowed.

However, the BCCI official said, “The T10 might have been approved by the ICC but it’s still not an acknowledged format. But yes, going forward, as and when the players association takes shape, the case for retired players may come up for consideration.”

He agreed that in principle, retired international players should be allowed to take part in Big Bash, CPL or BPL, if they get offers.