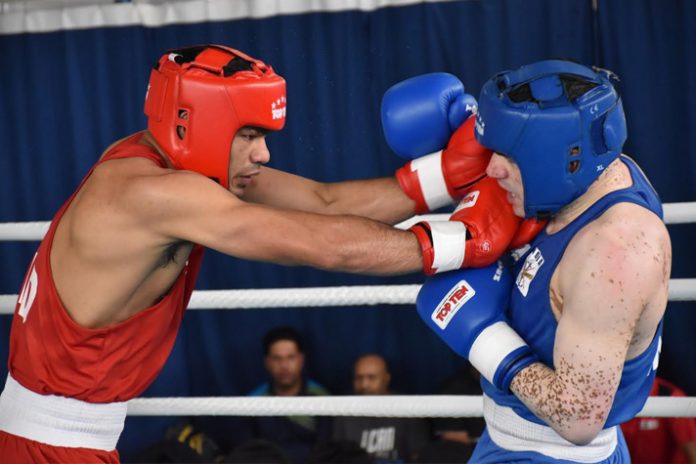 Amit Panghal (52kg) and Manish Kaushik (63kg) had previously got a direct entry into the squad by virtue of winning a silver and a bronze respectively from the World Championships.

In a highly competitive 57kg category, Gaurav Solanki held his own to stave off the challenge of Asian Championships silver medallist Kavinder Singh Bisht in a split verdict. Solanki showed nerves of steel as he repeated that performance over Thailand Open silver medallist Mohammed Hussamuddin in the final to confirm his berth.

“Getting a win over the experienced Kavinder and Hussamuddin in such a tough category gives me immense confidence ahead of the Olympic Qualifiers and I would give my 100% to seal a place for India,” said an elated Solanki.

“The win here pushed me one step closer to realizing my dream of getting an Olympic medal for my country. I also want to thank BFI and my coaches for their continuous support in my comeback,” said Krishan after his win.

While Sachin defeated Brijesh Yadav to claim the 81kg spot, Satish won by a split verdict over Narender in +91kg.

The close bouts at the trials gave a good example of the depth of Indian men’s boxing, which is currently enjoying an all-time high with consistent performances and a host of medals from elite tournaments.

Will we see Sushil Kumar vs young Gaurav Baliyan at Olympic Qualifiers trials??

“We have a good one month before the Olympic qualifiers. We are going to train hard and work on the necessary adjustments required. It was good to see how strongly Gaurav Solanki came back against Hussamuddin in the tough bout. That’s what says a lot about the depth of Indian men’s boxing. As for Vikas, he is very focussed and we have high hopes from him,” he added.

The Asia-Oceania Olympic Qualifying Tournament will be held from February 3 to 14, 2020 in Wuhan, China.