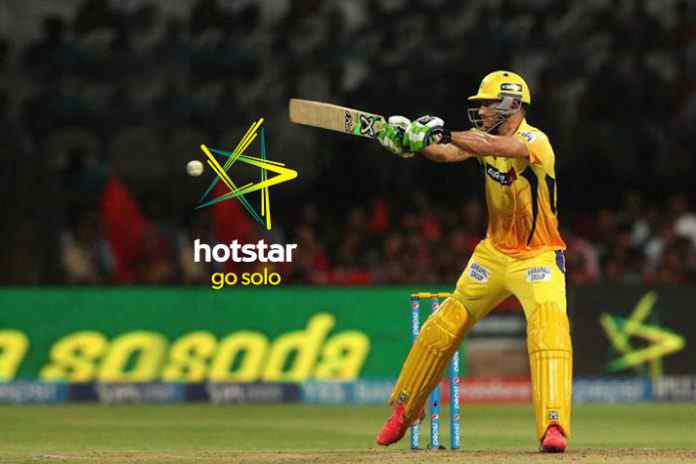 Star India’s OTT platform Hotstar has created another world record for the concurrent online viewership for a sports event.

“It is a testimony to the power of Vivo IPL, is evidence of the passion of cricket fans. But, above all, we are proud that the tech we are building is expanding the frontiers of online video,” read the post with the celebratory picture of Faf du Plessis, who virtually single-handedly guided the Chennai team to win when all big guns had failed to fire.

Posting the image may well be a thanks-giving gesture from the Hotstar CEO. But for the du Plessis knock the match could have never reached the traction point to have 83 lakh cricket fans glued to Hotstar.

The Chennai Super Kings-Kolkata Knight Riders match on April 10 at Chennai had recorded 55 lakh concurrent viewers. The number for the largest ever simultaneous viewership of a sports event online was verified by Akamai Technologies, the world’s largest and most trusted cloud delivery platform.

The Chennai Super Kings Yellow Lions will yet against be on the field on Sunday, June 27, for the IPL 2018 title clash. Hotstar and Star Sports will be eyeing yet another record performance on big and small screens.