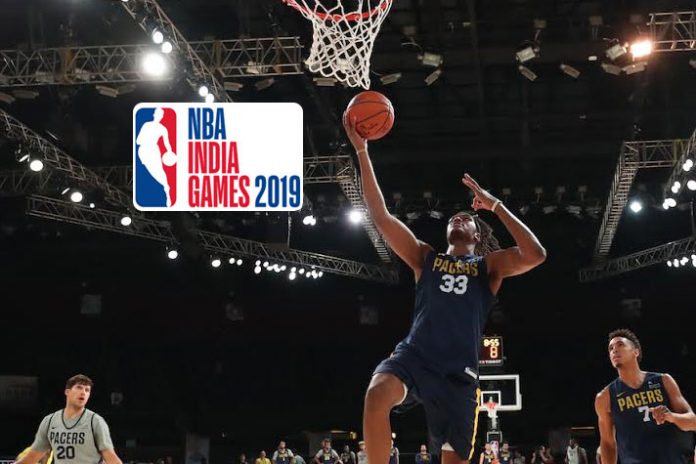 India as a nation is all geared up to host its first-ever NBA game. The Sacramento Kings will take on Indiana Pacers in two preseason games on today (Friday) and tomorrow (Saturday) in Mumbai. The teams will play their first game in front of a stadium full of kids from Reliance Foundation Jr. NBA program and the will be open for fans who have bought tickets.

Sacramento Kings’ player De’Aaron Fox hopes that the two teams can put up an exciting show on Friday and Saturday. “Hopefully, we can come out, put on a good show and just keep it exciting. If it’s exciting for someone who is watching basketball for the first time, then he or she becomes a fan and hopefully, the game will continue to grow in the future,” said Fox.

Turner expressed that this trip to India will increase the bonding between the members of the side since all of them are away from their friends and family back home. “This trip to India will definitely help the members of our team to bond with each other. We don’t know anyone here other than our teammates, so we have to hang out with each other. So, the bonding between the players becomes greater,” said the 23-year-old.

NBA preseason exhibition games, a regular feature in the UK, China, and Japan, are being hosted in India for the first time.

The matches will be broadcast LIVE on Sony Ten 1 and Sony Ten 3 SD and HD channels from 7 pm on Friday and Saturday with English and Hindi commentaries. A half-an-hour pre-event show will precede the LIVE action on both the days.