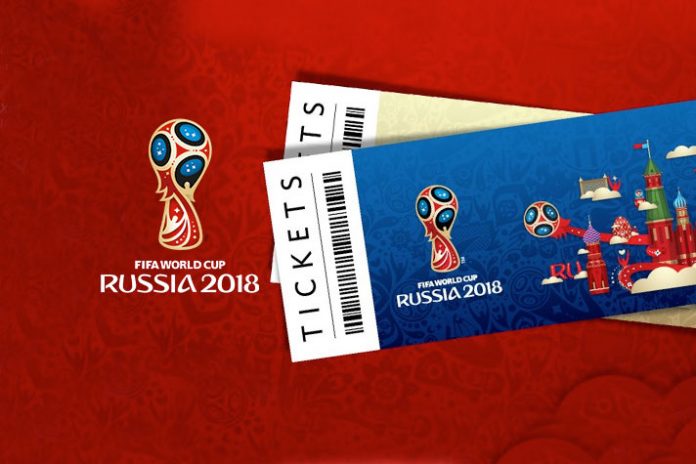 With the random selection draw ticket sales period of the 2018 FIFA World Cup™ set to draw to a close in by Wednesday, interest in FIFA’s flagship tournament shows no sign of letting up. There have been requests for 4,021,211 tickets as of Wednesday last since the start of the current sales period on 5 December 2017.

This sales window will close at 1200 Moscow time on 31 January. Until then, fans from all around the world can still apply for tickets exclusively at FIFA.com/tickets, the world governing body for football FIFA has reported on its official website.

A majority of the applications have come from the host nation Russia. Fans from Germany, Argentina, Mexico, Brazil, Peru, Poland, Spain, Colombia, USA and the Netherlands represent the top ten countries from abroad. Overall, international demand accounts for 45% of the total requests.

If the number of tickets requested by 31 January 2018 exceeds the number of available tickets, the allocation will be based on a random selection draw procedure. Fans will be informed of its outcome by mid-March 2018 at the latest. During the current sales period, it will make no difference whether applications are submitted on day one, the last day or anytime in between, as all will have the same chance of being successful.

FIFA has also made an allocation of tickets available for disabled people in accordance with the number of seats available in the 12 stadiums for people with limited mobility or who are classified as obese.

Tickets purchased during sales phases 1 and 2 will be delivered free of charge to fans in the weeks leading up to the tournament, with deliveries planned to start in April-May.

The Russian authorities have advised all fans attending matches at the 2018 FIFA World Cup™ to apply for a mandatory FAN ID, which will be the official identity document issued to fans. Fans are encouraged to apply for this free document as soon as possible after they have received their ticket confirmation email.

A FAN ID and a valid ticket are required for fans to be able to enter the 2018 FIFA World Cup™ stadiums. Having a FAN ID gives fans additional benefits and services provided by the host country, such as visa-free entry to the Russian Federation, certain free inter-host city travel and free use of public transport on match days.

Meanwhile, England fans have applied for 26,670 of the four million tickets requested so far. Hosts Russia account for 55% of the applications. A total of 2.5 million tickets will be made available for the 64 matches played in 12 different grounds located in 11 Russian cities.

FIFA had sold 742,760 tickets in the first round of sales as the draw was completed in December.