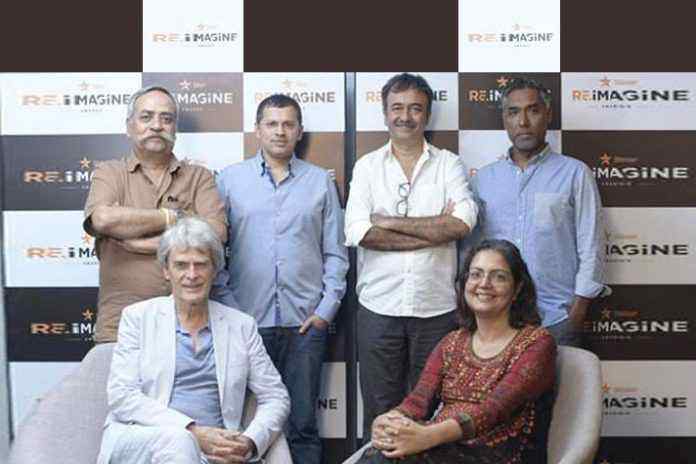 With the curtains down for the Indian Premier League 2018 season, the official broadcaster Star India continuous to Re.imagine the most extravagant cricketing gala around the globe on both broadcast and commercial fronts.

Star India has introduced the Star Re.imagine Awards this year with the conclusion of the Vivo IPL 2018.

The award has been introduced to recognize creativity and innovation in the use of integrated media in advertising campaigns aired during the VIVO IPL 2018 on Star India Network & Hotstar. A bespoke independent jury including advertising legend Sir John Hegarty, Piyush Pandey, acclaimed filmmaker Raju Hirani, marketing veteran Vibha Rishi, digital evangelist Rahul Welde and adman V Sunil deliberated on the winners. Over 300 campaigns by 120 brands were vying for the awards, these campaigns are the ones that were aired during the entirety of the VIVO IPL 2018 until Friday, May 25th, on Hotstar and the Star India Network.

The jury chose two top awards that cut across sectors, for ‘Best Creative’ and for ‘Best Use of Integrated Media’ that will be announced in June 2018. The awards will not only celebrate creativity but also recognize and appreciate teamwork. Two winning teams of 24 members each will be hosted for a premier global sporting event outside of India. The magnificent winning trophies have been designed by Europe’s pre-eminent glass artists Peter Layton, the award itself is a celebration of creativity and enduring art.

Gayatri Yadav, President Consumer Strategy & Innovation, Star India, said, “Sports is a great platform to connect with consumers and the Star Re.Imagine Awards is about recognising great advertising that truly leverages the power of the biggest canvas of them all – the IPL. The awards celebrate inspiring creativity and the integrated use of television plus digital on display this season of VIVO IPL. I’m truly thankful to the bespoke talented jury – who painstakingly went through all the work, whose expertise, attention and focus on quality will help set the standard and build the Star Re.ImagineAwards as a brand for the future.”

Sir John Hegarty said, “Instituting Star Re.Imagine Awards is a great idea, because rewarding good work with recognition is the best way to keep the creative juices flowing. Here we have got work that’s been out there and been seen by the public who have responded to it in many different ways. We are judging real work and showing great real work. This is going to encourage other clients to go ahead of that because it’s appeared, loved and been effective. For me that is the more important part.”

Piyush Pandey said, “I think Star Re.Imagine Awards is a fantastic idea. It’s a wonderful step that Star has taken in terms of encouraging creativity. I hope it will grow, become bigger and more attractive to people and give a boost to IPL advertising.”

Acclaimed Filmmaker Rajukumar Hirani said, “It’s a good initiative because for anyone who is making any kind of films, ads or documentaries, if there is an appreciation of the work, it motivates them to do better. Star Re.Imagine Awards will give the opportunity to a whole lot of people to see the kind of good work that is being done in advertising.”

Digital evangelist Mr. Rahul Welde said, “IPL is by far the most popular platform for consumers and thus super relevant for the advertisers. Therefore recognizing creativity through the Re.Imagine Awards done by Star is a fantastic idea. This is the first year of the awards and it will get the advertisers to really recognize the relevance and importance of such a mega event. Also, as the IPL and Re.Imagine awards go forward, there will be a step up in the creativity and execution of advertising on the IPL platform.”

Marketing Veteran Vibha Rishi, “IPL is watched by hundreds of millions and IPL advertising is all about showcasing what you are capable of. It is a huge big platform for creativity and innovation. The Star Re.Imagine Awards will definitely go a long way in ensuring better quality and more imaginative work.”

Adman V Sunil said “I think the Star Re.Imagine Awards is an excellent start. It will give the advertisers and creative people the next level of pressure to do better work. Hopefully, it will be a platform inspiring great work on a great scale.”

The prestigious awards is an extension of the way Star India reimagined the Vivo IPL 2018 by putting fans at the heart of it, taking Hotstar from solo to social, and leveraging the power of creative, technology and multi-screen to deliver incredible value to viewers, the game of Cricket in India, and to brands and all other stakeholders.

Sideways & Kyoorius partnered with Star India in the initiative.