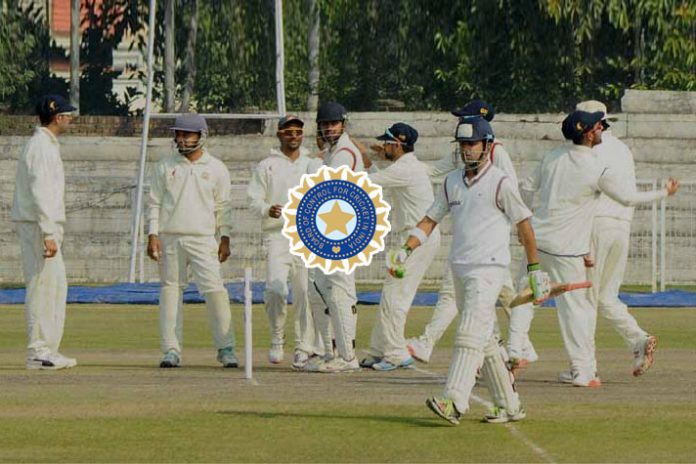 Indian domestic cricketers have played national competitions without being paid for the second successive year.

The officiating treasurer of the Board of Control for Cricket in India, Anirudh Chaudhary declines to comment on the matter. The insiders say the Committee of Administrators and the State association are equally responsible.

“Both (the CoA) and the State Associations are utilising the issue of players payment to build pressure on each other,” says a State association secretary, seeking anonymity. “There is little effort from either side to address the players’ concern.”

National daily Indian Express has reported that even as most players have received part payment from state units, the major chunk that constitutes the payment from the BCCI has not been disbursed to them.

The Supreme Court in October 2016 had directed the CoA / BCCI to not to make any payments to the State Associations if they do not implement the Lodha Committee recommendations. “There were two possible options to protect players interests from this Supreme Court directive. The CoA could have written to the SC directly and sought an exemption for players payments. However, the CoA would not do it probably to build pressure on the States to implement Lodha panel recommendations,” said the official.

“The issue is raised and discussed in the BCCI meetings several times. There was a suggestion that the players should be asked to raise an invoice to their respective State bodies, which will submit the verified invoiced to the BCCI and the board will make the payment directly to the players,” revealed the official, adding that “it is easier said than done. There are guidelines and procedures in place. The player’s payments technically are the State Association expenses. State bodies are responsible for tax deductions and accountable for tax audits. There was no conclusive verdict on the formula.”

The players payment from the BCCI are calculated on the basis of the BCCI income distribution formula. However, the board income and accounts are not ratified as no Annual General Meeting has taken place ever since the CoA has taken the BCCI charge.

“This is only an excuse. If international players can be paid, then why cannot the domestic players,” questions the official.

However, the official has no direct answer about why the States are reluctant to implement the Lodha Committee recommendations. “We are all there for reforms. But there are some issues which are not in the interest of the game. We have been raising concern but there is no acceptance.”

According to the MCA joint secretary Unmesh Khanvilkar, there is no solution in sight before a BCCI AGM. “The players have not received money from the Board. I have been told players will receive their full payment once the AGM takes place. But we don’t know when the AGM will happen. As far as MCA is concerned we have paid our players what we owe them but we are yet to receive the Board’s money,” Mumbai Cricket Association joint secretary Unmesh Khanvilkar had told the Indian Express.

Mumbai captain Aditya Tare has also confirmed to the national daily that he had not received the share of the domestic match fees receivable from the BCCI for two years now. “As professional cricketers, we should get what we deserve at the right time. Domestic cricketers are often forgotten when it comes to payments. Very few players bag IPL contracts, which is normally sufficient for that particular season. But many who work equally hard are just playing in the domestic circuit without knowing when and what amount they will make that year,” he said.

The situation in Jammu & Kashmir is worse. Parvez Rasool, the first player from J&K to represent India, has said that it’s been three years since cricketers from the State have received any money from either the State body of or the BCCI. “We stay in five-star hotels across India for our domestic games. But the players have to spend their own money for food. We haven’t even got daily allowance over the last three years. Forget the BCCI revenue money,” Rasool said.