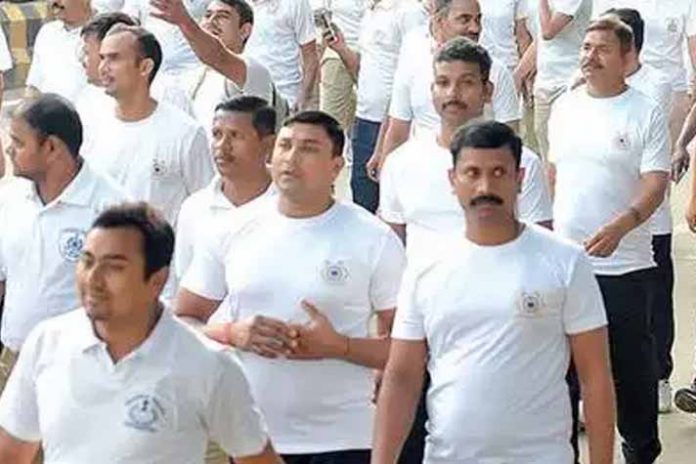 Several trainers hired by the Sports Authority of Gujarat (SAG) to prepare young talents at the school level on Friday alleged 19 of them were sacked for being absent during the ‘Run For Unity’ event held on October 31.

The sacking, they claimed, came despite some of them missing out on the event due to illness and pregnancy.

“Our services have been terminated just because we could not attend Run for Unity event at our respective places,” said Hansraj Chauhan, a fencing trainer stationed at a school in Banaskantha.

“I was at Jaisalmer in Rajasthan when I was asked over phone to come back for the event. Since Diwali vacation was announced in schools, many of us were out of station. Since I could not come back in such short notice, I was sacked,” he said.

He said all 19 trainers would make a representation to SAG officials at Gandhinagar on Monday against the decision.

The notification, dated November 7, was addressed to four private agencies which were roped in under the ‘In- School’ scheme of SAG to provide trainers to prepare school students in different sports such as Badminton, Athletics, Fencing, Volleyball and Basketball. It said SAG Director General CV Som has given assent.

Som could not be contacted for comments.

The notification, under the heading ‘In-School Run for Unity Absent Trainers detail’ has a list of 19 trainers whose services were terminated.

These include one Mohammad Imran Shaikh, an athletics trainer stationed at a school in Gandhidham, Kutch.

In the remark section against his name, SAG noted “Absent (Own Marriage)”.

Payal Antala, a badminton trainer from Navsari was sacked as she was absent because of “Emergency Medical Leave Pregnancy”.

Against three trainers, the remark said “Absent (Dengue)”, While one was “out of station” and another “out of state”.

As per the SAG website, In-School scheme was launched in 2014-15 under PPP model to prepare school children for different sports at young age without disturbing their studies.