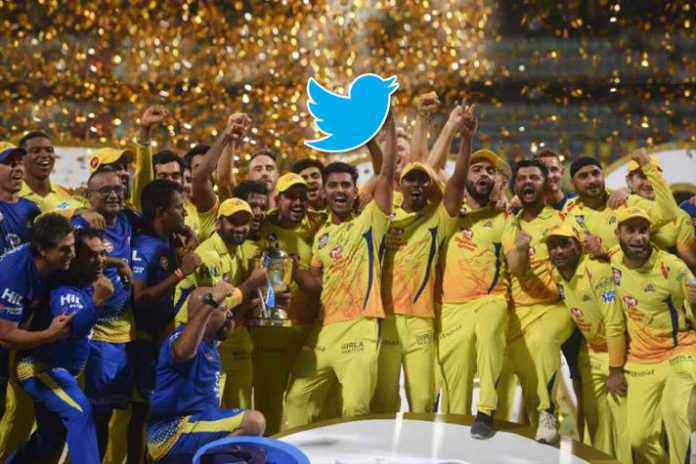 After two months of thrilling action on the field, it was @ChennaiIPL who emerged victorious and lifted the Indian Premier League (@IPL) trophy for the 3rd time. They did it on their comeback to the league and in style with a clinical chase in the final. Fans love Tweeting about #IPL and sent 18.8 million Tweets in 2018, a 100% rise in number of IPL-related Tweets in 2017. In addition, the #IPLFinals 2018 was the most Tweeted finals ever in the history of the tournament recording over 1 million Tweets.

Aneesh Madani (@aneeshmadani), Head of Sports Partnerships, Asia Pacific, Twitter, said, “This was by far the most talked about IPL on Twitter ever. The excitement was palpable right from the moment Kedhar Jadhav won the first match for the Chennai Super Kings with a boundary at the Wankhede stadium in Mumbai and Ambati Rayudu did an encore to win the final. Fans had fun with Indian language emojis for the teams, had access to 170 LIVE episodes of #CricbuzzLIVE on Twitter, and enjoyed a direct connection to commentators with personal video replies via #SelectDugout.”

Cricket speaks your language on Twitter, and it showed with the launch of Indian language emojis that were used by the IPL franchises this year. #WhistlePodu #விசில்போடு topped the 2018 Twitter IPL Emoji Index by a mile, coming in 175% ahead of the next team. The full table is here. 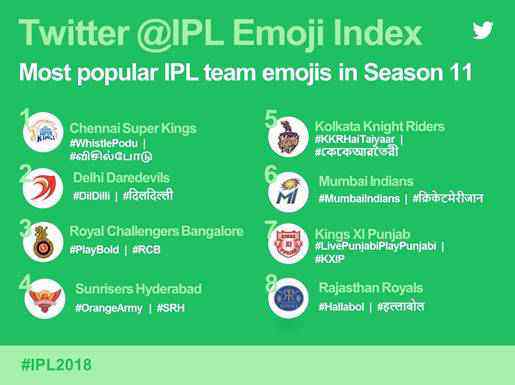 They came back and how! Chennai Super Kings gave their fans plenty to celebrate, and they spread their #yellove all across Twitter, making CSK the most mentioned team in the IPL’s 11th season. 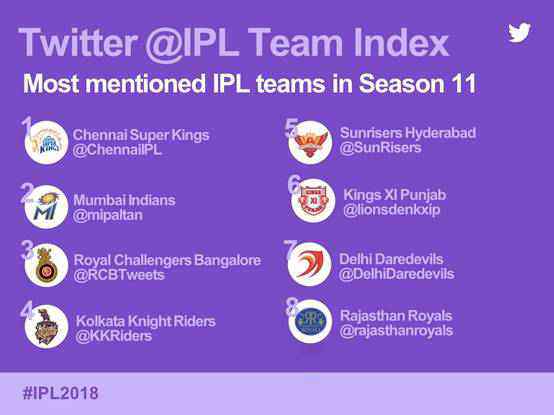 With this, we close another IPL season. Here are a few iconic Tweets to leave you nostalgic of the IPL fever.

Star Sports lit up Twitter during IPL with the #SelectDugout experience. Fans got the unique opportunity to have their questions answered via personal video responses from a chance to have their questions answered from a wide group of experts representing multiple nationalities including Brett Lee (@BrettLee_58), Scott Styris (@scottbstyris), Dean Jones (@ProfDeano), Anil Kumble (@anilkumble1074), Damien Fleming (@bowlologist), Darren Sammy (@darrensammy88), Graeme Smith (@GraemeSmith49), Kevin Pietersen (@KP24) and a host of other select experts.

Quite a few happy fans at the end of the season.

.@ChiragG14, questions like these will help you stay ahead of the game! If you want such personalised videos, tweet with #SelectDugout! pic.twitter.com/F6mviUXt5r

The IPL may be over, but the cricket conversation continues on Twitter every day. Which tournament or series are you most excited about next?