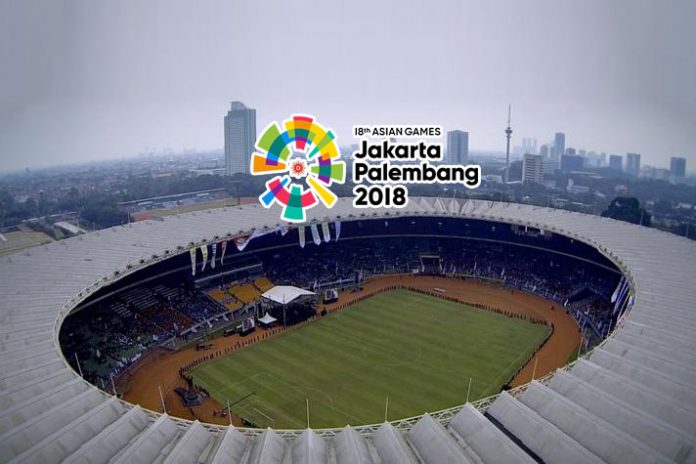 The Asian Games 2018 in Jakarta-Palembang will feature 10 sports disciplines for the first time ever across all the 18 editions of the quadrennial Asian Continental multi-sports games.

The Asian Games 201 8, to be hosted by Indonesian cities of Jakarta and Palembang from August 18 to September 2, will feature a total of 58 sporting disciplines. Ten of them will make the first-ever appearance in the 67-year history of the Asian Games.

Here is a brief introduction of all the 10 sporting disciplines that will be seen in the Asian Games for the first time ever: 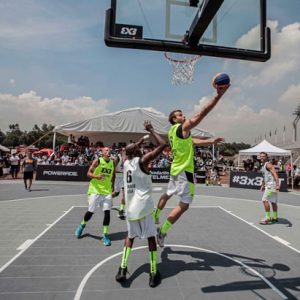 A 3×3 basketball squad comprises on only four players, three of whom join the action and one stays as the reserve for substitution. The 3×3 basketball is played on only in the one half of a regular basketball court with just one basket. The game is played under the normal FIBA (International Basketball Federation) rules, except for a few rules devised for this smaller team format. 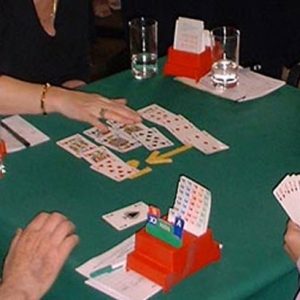 Bridge contract, or often abbreviated with the bridge only, is a card game played between two teams having two members each. Bridge is played with a standard card set of 52 cards, divided into 13 cards for each player. The bridge does not appear like a sporting discipline at first sight. Just like chess, it is more of the brain work than the physical task. The official rules of the duplicate bridge are promulgated by the World Bridge Federation as the “International Code of Laws of Duplicate Bridge, 2007”. 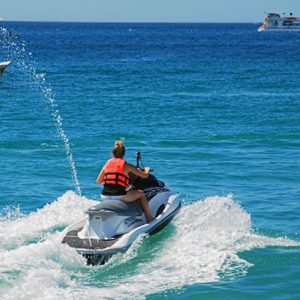 Jet Ski is the brand name of a personal water craft (PWC) manufactured by Kawasaki. The term is often used generically to refer to any type of personal watercraft used mainly for recreation, and it is also used as a verb to describe the use of any type of PWC. A runabout style PWC typically carries 1-3 people seated in a configuration like a typical bicycle or motorcycle. The 2018 Asian Games jet skiing sport will be competed on the Ancol beach from August 23-26. The numbers contested include endurance runabout open, runabout 1100 stock, runabout limited, and ski modified. 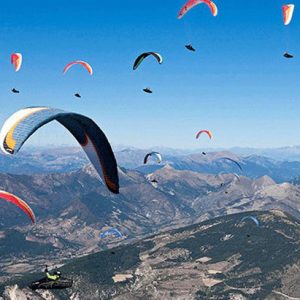 Paragliding is the recreational and competitive adventure sport of flying paragliders: lightweight, free-flying, foot-launched glider aircraft with no rigid primary structure. The pilot sits in a harness suspended below a fabric wing. Wing shape is maintained by the suspension lines, the pressure of air entering vents in the front of the wing, and the aerodynamic forces of the air flowing over the outside. Paragliding is a sport that focuses on the ability to control a parachute to fly. There are three types of paragliding races: cross country, aerobatics and bivouac (ultra fly). However, at the Asian Games, only cross-country and aerobatics will be contested. 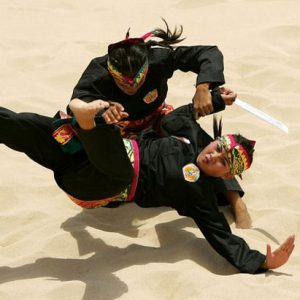 Pencak Silat is a traditional Indonesian martial art, the will be put on display at an Asian Games for the first time ever as hosts Indonesia is entitled to add three sports. The host nation for the 2018 Asian Games has picked pencak silat as one of the three disciplines.

Silat is a collective word for a class of indigenous martial arts from a geo-cultural area of Southeast Asia encompassing most of the Nusantara, the Malay Archipelago, and the entirety of the Malay Peninsula. Originally developed in what are now Indonesia, Peninsular Malaysia, south Thailand, and Singapore, it is also traditionally practised in Brunei and central Vietnam. 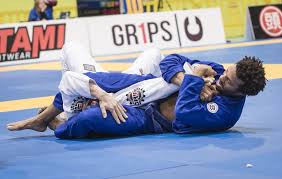 Ju-Jitsu, which may be confused with Judo, is sometimes referred to as a martial arts chess game because it relies heavily on tactics and strategy. The fight begins with both athletes standing, but not allowed to punch and kick so that most of the time is spent wrestling on the floor. Once started, the referee only interrupts in critical moments. The winner is determined from the opponent who gives up because of joint lockup or strangulation. For 5 minutes, athletes can collect the value of slashing, dropping, dominant positions, and moves that add to the advantage of the match. 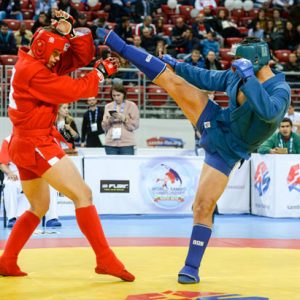 The term Sambo stands for SAMozashchita Bez Oruzhiya, which means unarmed self defence. Sambo, a marital are form, flourished in Russia in the early 1920s. At that time the Soviet Red Army wanted to increase their ability to fight empty-handed. This sport combines the most effective techniques of wrestling, judo, jujitsu, boxing, savate and other martial arts. 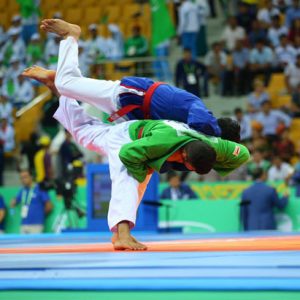 This martial art from Uzbekistan resembles wrestling and judo. This martial sport has the basic movement of slamming each other by hooking a special outfit. It’s just that in the conditions of slamming the slope is in a standing position on the upper link, it is not permitted to use hooks on the foot. Kurash is one of the oldest martial arts in the world, estimated to have existed from 3,500 years ago. 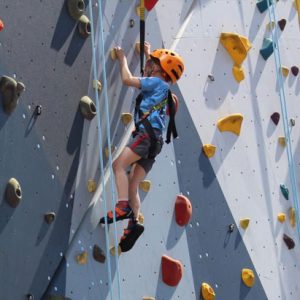 Rock climbing sports division will feature as a medal discipline in the Jakarta and Palembang Asian Games. The competitive event will take place at the Jakabaring Sports City, Palembang on 23-27 August 2018. Hosts Indonesia is targeting two gold medals from this discipline. That is considered a major factor for Rock Climbing’s inclusion in this edition of the Asiad. 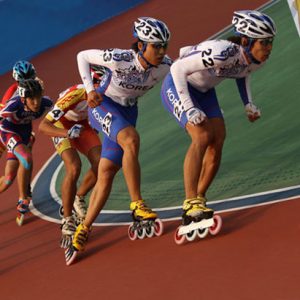 Roller sports are sports that use human powered vehicles which use rolling either by gravity or various pushing techniques. Typically ball bearings and polyurethane wheels are used for momentum and traction respectively and attached to devices or vehicles that the roller puts his weight on. The international governing body International Roller Sports Federation forms the rules for these sports.

Rollersport at the 2018 Asian Games includes skateboarding and rollerblading. Both sports will compete in Jakabaring Sport City Roller, Palembang.