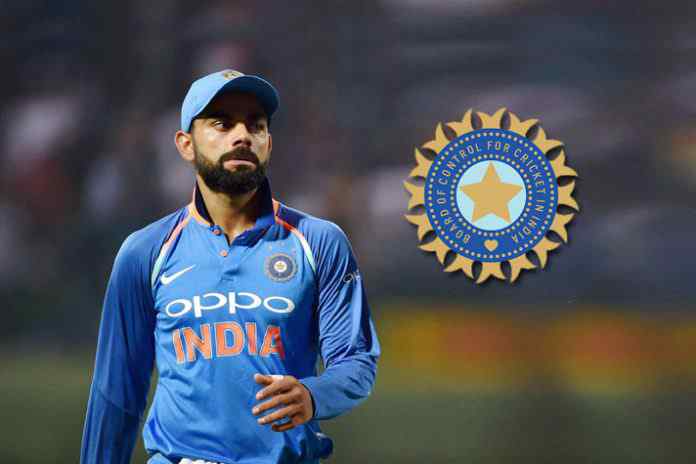 Indian cricketers are set for a big pay hike soon. The major announcement and contracts may come before Team India’s departure for the Nidahas Tri-series in Sri Lanka.

The Grade A players are likely to get a retainer fee in the range of ₹12 crore per annum.

The Super Court appointed Committee of Administrators is reportedly all set to roll out players’ central contract with a nod from the Supreme Court.

“Players across the board – the Indian men’s team, the national women’s side, the domestic and even the India Under-19 cricketers are set for a big pay hike soon. This has almost been finalised,” national daily Times of India has quoted a senior BCCI official as saying.

The officer has also revealed that the players in Grade ‘A’ may be handed an annual retainers fee around ₹12 crore, even as the actual values of the contracts are not divulged at this stage. There has been a talk to introduce a new A+ Grade for the elite players. However, the revised contracts now are reportedly being offered in the A, B and C categories.

“Before the Indian team leaves for Sri Lanka for the Nidahas Trophy, around 25 cricketers, divided into three categories (A, B & C) will receive their annual contracts. We waited for the finance committee to approve this pay rise, but it has neither met nor reverted to us on the issue. We need to give the contracts to the players before IPL, as we need to ensure them if they miss any matches in the league due to injury while playing for India,” the source had revealed to ToI.

Presently the players receive retainership of ₹ 2 crores, ₹ 1 crore and ₹ 50 lakh in the A, B and C categories respectively. In March last year, the board had doubled the retainers for all contracted players while also enhancing the match fees to ₹15 lakh, ₹6 lakh and ₹3 lakh per Test match, ODI and T20 International respectively.

However, the players were not happy with the proposed hike. Skipper Virat Kohli, head coach Ravi Shastri and the senior most member of Team India MS Dhoni have had a discussion with the board on the fee structure.

Meanwhile, the CoA is reported to be determined to find a solution to the pending issue of players’ contracts as there is no action coming up from the Finance Committee of the BCCI.

The CoA has insisted that with the IPL season 11 all set to start, it is important to sign central contracts and ensure that the players become beneficiaries of the BCCI insurance cover if they have to miss IPL games and revenues on account of injury.

‘CoA CONDUCT NOT IN LINE WITH BCCI CONSTITUTION’

Meanwhile, a senior Finance Committee member has accused the CoA of defying the BCCI constitution and exceeding the Supreme Court brief for its limited role in the BCCI. “No BCCI office-bearer is against payments to the players. But there is a system in place. That system needs to be adhered to. CoA instead of ensuring the implementation of that system is itself defying that,” the official told insidesport.co.

“Finance Committee is not even informed what has been discussed between the players representatives and the CoA” the official said.